The Heartbreaking Search for John Almendarez

Just before her high school graduation Alice Almendarez took one more trip to the morgue to see if she could find her missing father, John. She needed to know if he was dead or alive. What she didn’t know at the time was that her father’s body had been found, but no one had connected it to the missing person report her family had filed with Houston Police in 2002. She believes that on one or more of these visits to the county morgue, her father was there, but she never saw him.

ALICE’S FATHER WAS THERE ALL ALONG

It wasn’t until more than a decade later that the connection would be made, leaving Alice and her family in limbo for so many years.

Episode 13 of the What Remains podcast is about Alice’s frustrating search for answers about her father. Listening to Alice during our interview I could hear signs of life in her house--children, pets, a cacophony of dinner-making sounds coming from the kitchen, but she was completely focused on what she wants people to know, that until late 2021, there was no requirement in Texas to put information about unidentified remains or missing people in the country’s national database for these cases known as NAMUS.

NAMUS stands for the National Missing and Unidentified Persons System. Currently, less than half of the states have requirements for law enforcement and medical examiners to put this information into the system—information that could save desperate families years of painful waiting.

CHANGING THE FUTURE FOR FAMILIES OF THE MISSING

Alice, along with David Fritts, the father of a son who went missing in 2017, became unlikely community advocates for missing people. David’s son, Joseph, was found floating in the Rio Grande River, but would not be identified for two years.

“There's not a day that goes by that I don't think about Joseph and it triggers something, but, honestly with time, I think that the triggers, the memory, the longer it goes, I think of more good memories rather than the pain. Just good memories of Joseph, but, but it still hurts. I mean, you'll never be the same person after losing a child,” David said.

In this episode we take you on a journey with two heartbroken families who turn their grief into action along with the help of a young state lawmaker who made good on her campaign promise to help them. 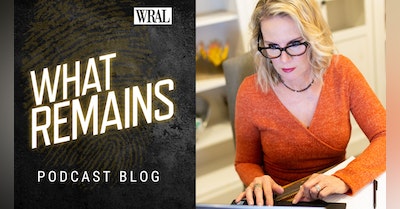 The Challenge of Identifying People Who Live in the Shadows

It’s not unusual for human remains to go unidentified when a person is living off the grid—living on the streets, stuck in poverty, addiction, or mental … 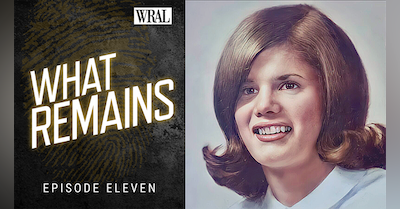 DNA Profiling And The CSI Effect

Solving cold cases isn't as easy as it looks on TV