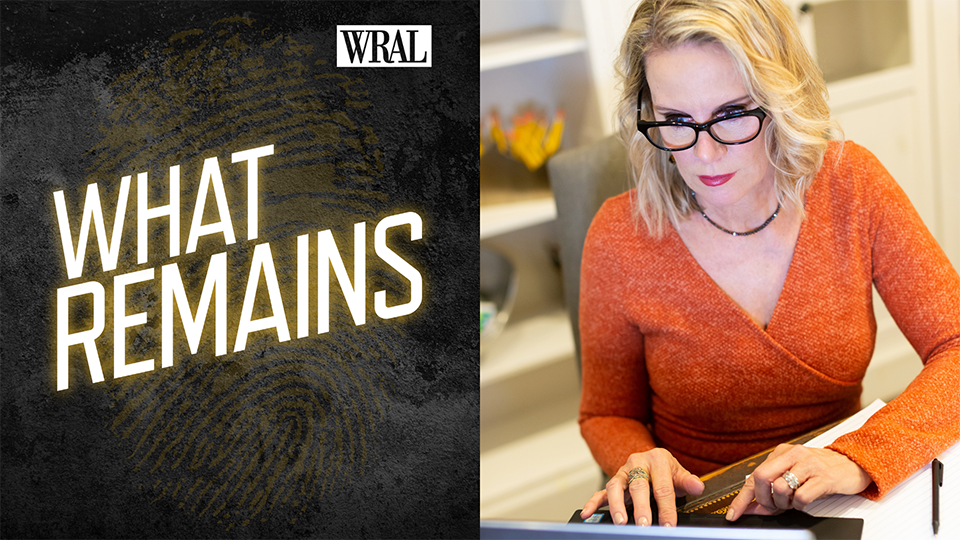 If you grew up in the 1980’s, you probably remember the missing children's photos on milk cartons. For most of us, that was our first introduction to the world of missing people. The idea was started by a nonprofit called the National Child Safety Council, and by the mid-eighties, hundreds of dairies were taking part in the “Missing Children Milk Carton Program.” I remember seeing those sad photos and thinking Why can’t they find her?

Listen to the What Remains podcast trailer

Of course, back then, no one could have imagined a world where everything would eventually be shared on a computer, or even a phone, through the magic of the internet. Today, this is where you can find information about missing children and adults on hundreds of websites. And while there is still a lot of attention paid to the cases of people who are missing, there’s another side to this crisis; there are thousands of cases of unidentified remains in our country that no one seems to be able to match with the cases of missing and murdered people.

The Bones in the Boxes

There are human bones in boxes at every state medical examiner’s office in the country—just  sitting there, forgotten, dusty, the epitome of what we think of as cold cases. So, we started thinking about what it would take to identify all these remains.

That’s what this podcast is about – what those bones represent – to the families, to the investigators, to the forensic scientists, and what they intend to do about them.

Frankly, it seems hard to believe in this day and age that we don’t have some kind of formal scientific process that can help us simply match a dead person with a missing person. But there’s a lot more to it than you might imagine. It’s not that people don’t care, it’s just that in a world where violent crime happens every single day, identifying decades’ old remains just isn’t a priority. It takes a lot of perseverance to see these cases through, and most of all, it takes time and money.

The Team Committed to Solving the Oldest Cold Cases

What I learned from interviewing people, researching and writing this podcast is that despite all this, there is this niche group of people who are working to make it happen. They employ science, the latest technology, and forensic genealogy. It can be a long and tedious process, but they are patient, so patient. Their motives are often twofold – they care deeply about helping families come to some kind of resolution, and they hope there’s a chance they can find justice for the murder victims. It doesn’t always work out that way, but in the end, most families just want to know what happened to their loved ones after years of not knowing.

I have covered crime as a local television reporter for three decades. I thought I knew everything there was to know about investigating murder cases. Boy, was I wrong. Covering this topic took me down so many fascinating rabbit holes that I will never forget, and I’m pretty sure you won’t either. From the anthropologist who has a wall full of potential murder weapons in her lab and metal tables full of unidentified skeletons, to family members and detectives who will go to any lengths to learn the stories behind the discarded bones, to the scientists who study decomposition on a body farm, What Remains is a journey into a world most of us can’t imagine, don’t want to imagine, but is an unfortunate reality for thousands of families.

Follow What Remains in your podcast player so you don’t miss an episode.